Magic of Overcoming Self-Doubt and Allowing Things to Unfold.

Have you ever had a strange and unexplainable thing happen, or a hunch that a loved one who passed was trying to send you a message?  I have heard people say birds, particularly cardinals, have followed them and they believed them to be their loved one who passed.  Animals seem to be readily accepted spirit messengers.  But, have you ever heard of a person texting from beyond?  Well, my friend, Melissa, reached out to me confused, yet open to the possibility that her sister had a message for her mom and her.  She asked me to see if I could communicate with her.

This experience was magical as I never know what can come through or if I can even connect.  I, personally, find writing a way to connect through my guides and angels.  So, I sat down, full of hope and excitement, yet also full of fear of failure.  This is the conditioned ego mind, the “what if” and “self-doubt” that can creep in and block the magical messages and connection.  But, I was open to receiving a message and allowed whatever would come to come without edit and without censor.  I had a full body tingle, or ‘zing’ which is how I know I am connected and hearing the messages spot on.

I contacted Melissa and expressed my lack of understanding of the whole message and experience, but she was open, trusting me and my gifts.  I sent her my writing and conveyed the message.  As I spoke with Melissa, images, words and feelings washed over me, again with the body zing and warmth.  There was a sense of urgency and desperation.  I was open, even though I didn’t understand everything, as was Melissa.  I was merely the messenger.  Here is Ali’s Magical Message as told by her sister Melissa.

My beautiful sister, Ali, died in 2014 at the age of 32 from a brain aneurysm after a year-long battle of unknown infections. Her story is tragic and left our family devastated. For years, my family has been concerned about the safety of the two little boys she left behind. Her impatient husband often took his anger and annoyances out on the children, who were just toddlers at the time of her death. My family is in the Midwest and were not allowed to visit the boys who lived on the East Coast with their father. My mom was in constant fear and worried the boys were being abused, but didn’t have any proof.

In May of 2021, my mom started receiving texts from my angel sister. Can you imagine driving and having a loved one who has passed send you a message? Her name popped up on the dashboard screen alerting my mom to an incoming text. For weeks, the same message would come through. It was the last email that my sister sent my mother, mentioning that she had a doctor’s appointment. A month later she become septic sick and died the following year.

When my mom told me Ali was writing her I immediately said “Well she’s clearly trying to tell you something! Have you asked her what she needs?”

My mom continued to talk to Ali and search for signs. We finally agreed that perhaps Ali wanted us to take another look at the legal ramifications of her case, but that didn’t feel like the right path. So, I finally told my mom I was going to reach out to my friend, Jen. My intuition knew that she could probably help in some way. I was hoping Jen could decipher what my sister needed and help my mom understand the message more clearly.

I truly felt like Ali was yelling at my mom and needed help, so I asked Jen if she’d be open to it. I have never asked Jen to channel for me before.  In fact, I had just recently learned that she could.  She made sure I knew that there was a chance Ali wouldn’t come through. I believed in Jen, but I know her well enough to recognize that for those first moments, she was doubting her magic and didn’t want to disappoint me. She agreed to channel and a few hours later I received a text from her saying she had a message from Ali. I was so nervous and excited. The only thing Jen knew was that I had a sister who passed away.

I called Jen immediately and braced myself for the message I believed would come through. Instead she said “Your sister needs you to help her baby. They are in trouble.” My heart sank. I realized it was confirming the abuse we had been suspecting…dreading, for years.

I believe I mumbled a few “oh no’s” and let her continue since I needed to hear every detail. Jen relayed that Ali was a frantic soul, sharing the images and stories of abuse and making it clear that it has escalated. Now was the time to save them. Since Jen didn’t know the history, doubt crept in again. She said, “I don’t know why she keeps saying he and them.” I finally said , “You’re spot on and I’ll explain in a minute, just keep going.” This affirmation helped Jen share Ali’s message.

When it was my turn to speak, I explained that Ali has twins and we’ve been worried about abuse for years. It was heartbreaking to hear that our new mission would be to save these kids and finally allow Ali’s spirit to rest in peace.

Jen sent me a photo of the letter she wrote to her Angels and Guides, opening herself up to Ali if she wanted to use her as a channel. Included was a long paragraph detailing Ali’s message. Along with the letter was a ‘Spirit Animal’ oracle card with the image of a giraffe on it. Initially that didn’t make any sense to me because Ali loves turtles. I dismissed it even though her message said, “I love giraffes. They will think it’s funny.” This is where I doubted the magic and moved on. From here we discussed the details and history of the boys, now age 8, and next steps. Jen continued to channel Ali while I was on the phone. I felt like I had a direct line to my sister. It was magical.

In the weeks to come, the boys ended up being taken away from their father, who was found guilty of abuse. I received a text from my mom of a photo of one of the boys holding a stuffed animal. It was his “giraffe horsey.” Unbeknownst to us, it belonged to his mother. We could not deny the magic. They are now safe with my mother getting the care and treatment they need to live healthy happy lives. We are hoping Ali will now be able to rest in peace, thanks to Jen and her magical gift.

This entire experience was magical on all sides and realms!  The more we opened to the possibilities and to the messages with trust and soul connection, we allow the truth and magic in the messages unfold.  We allow the magic of the messages and experiences to connect our souls like the image of the “giraffe horsey” clutched in a little boy’s hands when he finally knew he was safe.  All because his mom was looking after them even in from a different realm and found people open to the magic and messages. 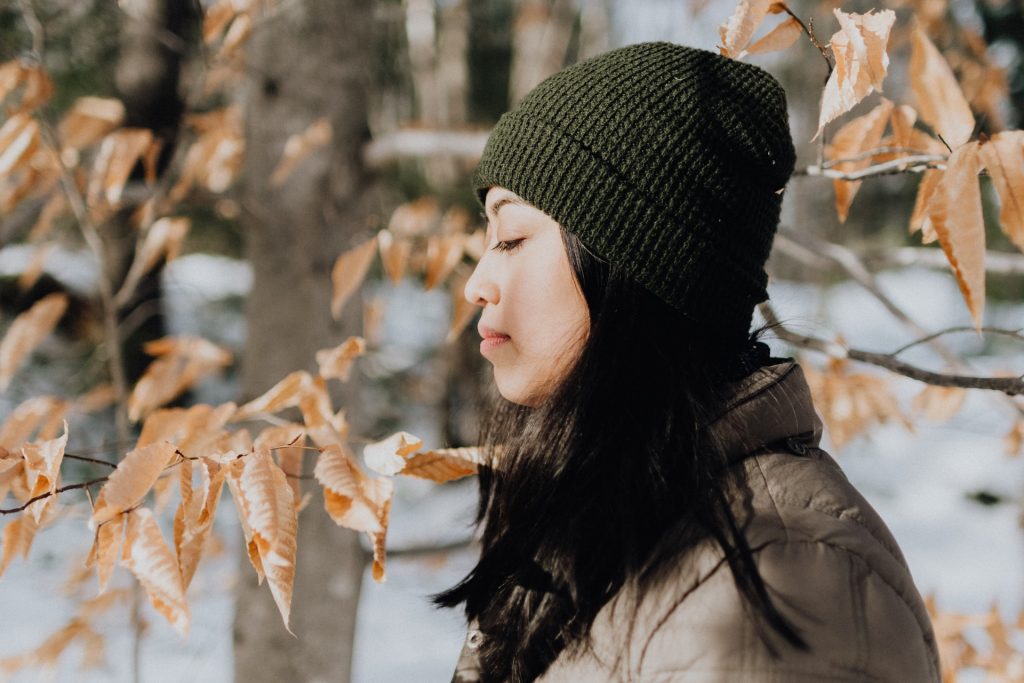 How to Find Your Joy and Transform your Life.

How to Find Your Joy and Transform your Life. 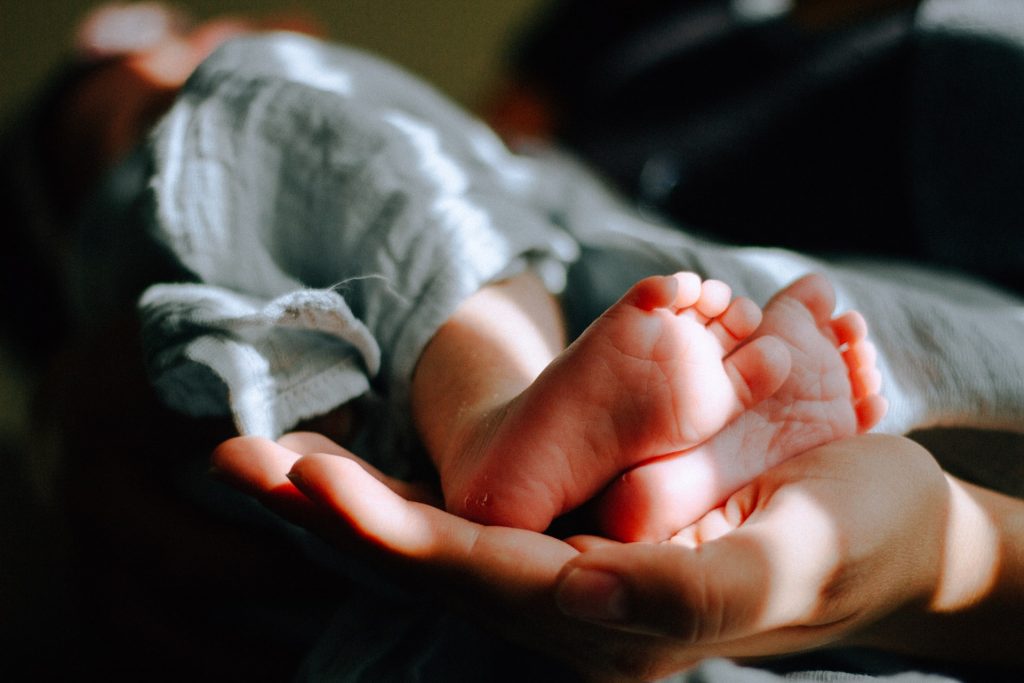 The Two Biggest Things That Block Our “Magic”

Have you forgotten your magic? For a long time I doubted mine. You are magic, you came into this world with it. When you remember how to access your magic within your soul, you light up, and gain freedom to be and do what you came here to do, for you and your loved ones.