“This is the magic and soul connection within a child.”

I saw deeply into people.  I could decipher the truth and could communicate with things society told me was not possible. Magic things.

My inner spark began to dim as I grew older.  I was constantly told to “stop looking for attention” and “stop questioning things.”  I was challenged to provide proof of what I knew, heard, or saw.

Its at around 8-10 years old, when we start feeling pressured to conform to the society and want to “please people.”  This is when we can often feel powerless and even a little lost on our path, when before we were strongly led by our intuition.

I turned to logic, to knowledge to fuel the flame inside me to help others heal.  I became a registered nurse and went into critical care.

I was still guided to certain areas of the body and had “hunches” when something was wrong, which I later learned was called Medical Intuition. As a critical care nurse, I learned to ground the inexplicable in logic and data so it could be received.

It wasn’t until the birth of my second son that I learned that science and logic were NOT what I needed to focus on. I needed to reclaim my personal power to fuel the magical fires inside.

“My second son had a massive neonatal stroke an hour after he was born.”

What I expected to be a normal birth, holding and bonding with my baby while getting visited by my family was, instead, an experience that taught me to take deep breaths, pause and open to my intuition and inner knowing…the magic of the messages from my mind, body and spirit.

It forced me to put aside the logic and the science, as they did not have any answers for me and simply created a whirlwind of chaos and confusion.  Instead, I was called to connect on a soul level with my tiny son as he was taken away to another hospital, and allow this difficult experience to awaken me to my purpose. I let this magical soul light lead me on the path to healing my son.

The magic in the messages of this challenge awakened me to:

The magic inside me was further awakened and even tested when my third son, the same day I found out my fourth child was going to be another boy, was diagnosed with leukemia. I had all I needed inside me to help my son heal. On a soul level, my son agreed to go through this experience knowing, by awakening me to the magic and the gifts inside me, I would help him heal.

I did Reiki energy work, guided imagery and practiced mindfulness with my son every day.  He never had a mouth sore or the horrible side effects of chemotherapy.  I am happy to report that my son is now a healthy, albeit grumpy, teenager and over 10 years cancer-free.

Life has not been easy, as there have been constant storms to navigate.  But, when I tune into the magic in the messages of the challenge as well as the magic of the messages and guidance of my mind, body and soul, I have been able to use my soul light and inner compass to guide me safely through the storms.  I have been able to transform from feeling powerless to powerful as I look inside myself, to the magic within, to lead me where I need to go in the moment.

The search for healing magic lead me on a deep journey into:

I became a Whole Health Educator™ and patient advocate, an ACE Certified Personal Trainer, Certified Karuna Reiki Master and Certified Mindfulness Practitioner and Educator. I now teach, speak, and offer courses and programs all around reawakening the magic within. Please contact me to connect!

“My passion is helping overwhelmed moms of kids with special challenges awaken to the magic and power inside them by learning to pause and connect with their magic. The magic is found in their challenges and the connection to their mind, body and soul.  This is how they transform from feeling powerless to powerful.” – Jen Tolo

I’m grateful for everything I’ve been through, hard as it was.  It is these moments of pain and struggle that I could alchemize into magic, power, and purpose.

Sometimes it takes moments of pain and challenges, moments of darkness, to truly reconnect to the magical spark, the hope and the openness to possibilities. For me, it was the love, the passion and desire to help heal my children that allowed me to open to the magic in the messages inside. I opened to the wonder, connection to spirit, and to energy that I had previously closed myself off to.

The logical mind and knowledge helps ground and anchor us but, without allowing the integration of the intuitive, emotional and soul connection of the right brain and third eye, we can limit our capacity to heal, grow, and connect to our higher self.  This is a vast intelligence that doesn’t speak in words.

In life it’s easy to get caught up in a distracted spin and block ourselves from hope and possibilities. We close ourselves off from the magic of miracles and messages of our highest selves. We can block ourselves from allowing our intuition, our soul connections and inner knowing from lighting our way with purpose, positivity and power.

Here’s what I believe:

I was gifted with these kids and these experiences because they WOKE ME UP to the magic inside me and to who I’m meant to be.

I was meant to go through all this so that I can help kids around the world, and their parents, no matter what you’re facing.

Children come into this world full of magic, wonder and wisdom.

Children need adults who will help them keep the magical flame inside them fueled.

Adults need the children to reignite the spark of hope, possibilities and purpose inside them.

My children are my lights, my teachers. They fuel the magical flames of wonder, growth, passion and purpose inside of me.  By helping to fan the flames of passion, purpose and soul connection inside of them, I fuel my own.

My mission is to create a world that honors the spark, the light and the magic of intuition, mind, body and soul connection, creativity and wonder.

You can’t help your children until you help yourself first.

You CAN awaken to the magic and miracles inside you and allow this internal flame to light your path and illuminate the darkness for others. Let your light shine and spark others. Then, the world becomes a magical place. 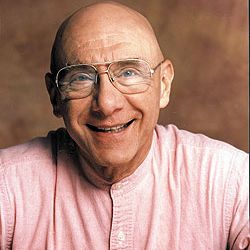 Jen is full of practical wisdom and soulfulness. She brings out the best in her guests (people) when she interviews and verbally interacts with them. Like the butterfly, she helps us all to transform our lives by freeing ourselves from the cocoon of expectations.

Caroline Fedorowich
Inside Out Healing Participant

"This program is powerful if you’re ready to dig deep and find out what’s holding you back. Jen’s supportive guidance and intuitive understanding helped me peel the layers of deep-rooted belief systems and stories that I tell myself, encouraging me to questioning, is it true? This program helped me realize, perhaps, there is another perspective that needs consideration. I have learned to be more mindful, less reactive, and to start to let go of what doesn’t serve me. I feel more empowered to take back control over what I can control… me. The rewards of this program are true inner peace, more harmony in my life and finally starting to reconnect to the joy of living. I have done several other programs to bring me more inner peace, and I highly recommend Jen’s Inside Out Healer Program if you want to go a little deeper and connect to your soul’s desire and purpose."

“I've worked with Jen in small group settings and 1:1 sessions for the last 4 years. Each time Jen brings her natural gifts to the session. She provides a safe space to explore challenges and areas for growth. Jen's work has helped me see ways that I can grow and improve and use my power to make changes in my life. Jen can call on habits and patterns that are no longer useful in my life. She offers meditations, visualizations, energy work, and useful discussion that have helped me explore my challenges and create new routines and rituals to bring me peace and happiness. I always feel calmer and more connected to myself after a session with Jen. She helped me see that I have the answers inside myself.”

"Working with Jen has really helped me get over that last hurdle to truly feeling well. It is amazing how much better my cravings and my energy are when I have small snacks during the day. Just this little tip and change ha made a huge difference in how I feel. She helped me really become aware of my body's needs and messages."

"I was diagnosed with Lupus and Sjogren’s disease. I knew I had to take charge of my health to help heal my body. From our very first meeting, Jen gently led me through the daunting task of discovering the root cause of flare ups and my main stressors. Now I know what triggers a “flare up” diet wise, mentally and emotionally. She helped me manage the stresses of being a mother of 3 young children. I don’t stumble as much when it comes to my life/health balance. I now believe our bodies, minds and spirits need TLC to work properly and, thanks to Jen, that reminder is part of my daily life."

"Jen is a unique healer and practitioner. She has the incredible ability to integrate the most helpful elements of both Western medicine and alternative health care wisdom. Jen supported me and intuitively understood what I needed on the mental, emotional, physical, and spiritual level. With her guidance, I learned how to make changes in multiple areas such as nutrition, self-care and exercise. I lowered my blood pressure and reducedmy anxiety where I am no longer waiting for the panic attack, or what she calls “a spin” to occur. I feel better connected to my husband and kids and can take time for myself without the guilt. Jen also helped me to deepen my trust in my innate spirituality. I highly recommend reaching out to Jen if you are looking to deepen your experience of life and reconnect to your highest self. She is a gem and has the ability to support and accompany you on your individual journey."

“Jen has an amazing gift for intuitively tapping into the most effective methods for helping you heal. She identified an underlying cause of some health issues that had bothered me for years, knew what I needed, and put me on the road to recovery...I have seen immense improvement in every aspect of my health and wellbeing. She helped me find my voice and set much needed boundaries. She helped me use realistic stress management tools for my busy life. Now, I have much better digestion, work-life balance and feel calmer and more present in my life.”